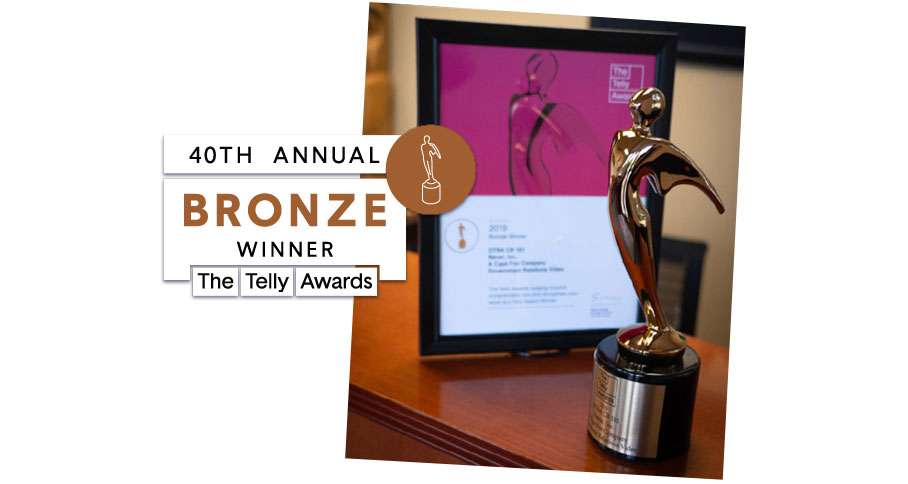 In early 2019, NAVAR, a subsidiary of Cape Fox, submitted a video they produced to the Telly Awards Committee. Their work went on to earn a Bronze Telly award in the category of Government Relations Video.

The Telly awards honor video and television across all screens. It was established in 1979. The Telly Awards Committee receives over 12,000 entries each year. Entrants are judged by the Telly Awards Council consisting of 200 leading experts including advertising agencies, production companies, and major television networks.

We are proud of our NAVAR Team of employees and salute them with a huge Cape Fox Congratulations to all who worked on this project. To view the video visit youtu.be/xms2SQhem40.